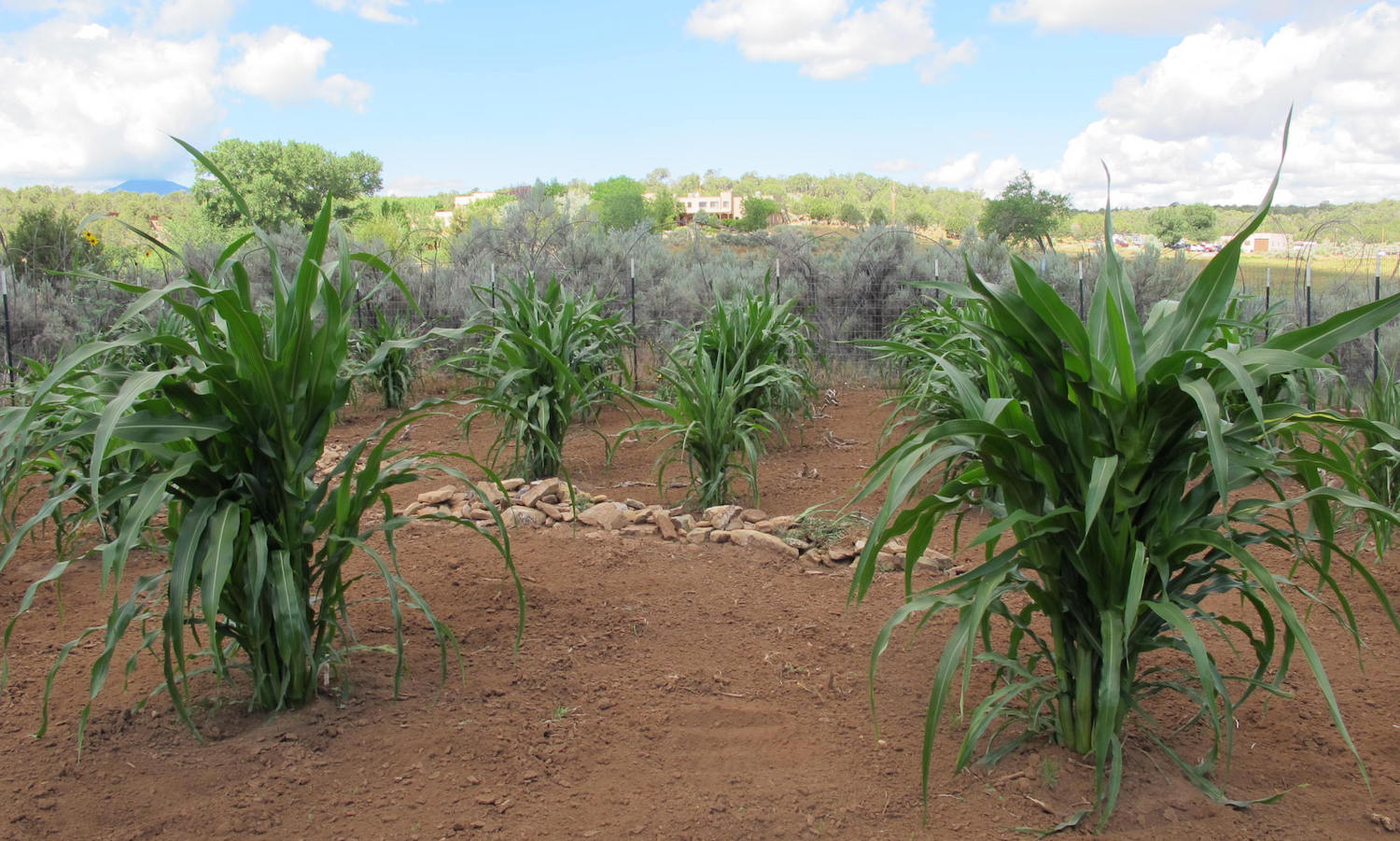 A view from the Check Dam Garden.

Farming is a fundamental part of Pueblo identity. It is is integrated into every aspect of traditional Pueblo culture.

Pueblo leaders are concerned with preserving knowledge about farming and ensuring that this knowledge is transmitted to younger generations. Crow Canyon researchers and educators are interested in learning about traditional agriculture in order to better understand ancient farming practices and to gain a deeper appreciation for the role of corn in Pueblo society, past and present. The Pueblo Farming Project is a collaborative effort that addresses the interests of both groups.

Since 2006, the Crow Canyon staff has worked with traditional Pueblo farmers from Hopi, Arizona, to document their farming practices and the cultural context in which they take place. Every year, Hopi farmers have visited Crow Canyon in the spring and fall to teach the Center’s researchers and educators about Pueblo Indian farming, food storage, and food preparation. Together, farmers and staff have planted and harvested several experimental gardens on Crow Canyon’s campus, testing farming techniques and varieties of seeds used by the Pueblo farmers in their own fields.

Documentation for the project includes still photography, video, and audio recordings of planting and harvesting, and a variety of written records that include detailed measurements of plants at different stages of growth, daily temperature and precipitation values, crop yields, and preliminary results of corn DNA analysis. Data generated as part of the Pueblo Farming Project have already proven useful in broader research. For example, Village Ecodynamics Project scientists have compared the results of their computer simulations with corn harvest yields from the Pueblo Farming Project to better understand ancient environmental conditions and agricultural productivity—and the effects of both on human settlement patterns.